Every Horror Story is a Personal Story by Steve Pool 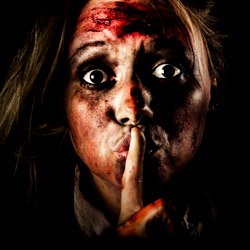 At some point, every writer will likely be asked, “Where do you come up with your ideas?” Well, for most of us, I believe, the ideas come from straight from our inner-selves: not from our heads so much as from our hearts and our memories.

When a writer sets out to write a story, he or she sets out to share something personal about him or herself. The message that comes out in that story – the ethos, the logos, and the pathos of that tale – likely ties back to something that the writer has either lived through or watched others live through (or perhaps wished he or she could live through). Stories, in that sense, are a bit like wish-fulfillment on the part of the author.

I think this applies to horror stories as much as any other kind of story. The scariest parts of a horror story are likely to be the very things that scare the author the most.

I wrote an adventure story entitled “Two-Minute Taxi” back in 2002, after I had finished up a high-tech career spanning more than a decade in the Silicon Valley. The (first) Dot-Com crash had just occurred, and I, like many others, went from having too much work to having none at all. “Two-Minute Taxi” was my protest story to the unfairness of all of that. In the story, the protagonist, a former air force pilot, faces the potential loss of his career as a “flying taxi driver” to flying taxis that pilot themselves through artificial intelligence. (Who knew that outcome could be true? I didn’t: I was just guessing).

Over the next four years, I wrote a lot, mostly about stories that were thinly-veiled metaphors for job insecurity. It was during this period that I wrote “Silver Load.”

I did not think at the time that I was writing about a man’s concerns for his job when I wrote it. The narrator /protagonist had a job, scary and sometimes lousy as it was at times, and his work environment was colorful and exciting. Plus he was making a difference. He was saving all of us from danger and certain, grizzly death! So what if he wasn’t appreciated for his efforts?..”Ah, there’s the rub!”

Fast-forward to 2015. One of my friends told me about a horror-themed writing contest where the winners would be published in a book.  I had previously had a few technology articles published in a few San Francisco-Bay Area magazines, but I had never had any fiction published. I decided to give it a go, and I submitted several stories to Twisted50, including “Silver Load”. After reading so many great stories, all while receiving great feedback for my own work, I remembered how much fun it was to write, and how sad it would be if I didn’t take it up as a serious pursuit again.

So here I am, more than a year later, still writing new stories. I’m currently writing a Silver Load novel, and I’m always experimenting with new ideas and new characters in horror and urban fantasy settings these days. Am I still writing about job loss and dead-ended careers? No, that part of my life’s actually going pretty well. But I’d like to think that I can still tell a good, scary story, one written with the kind of social commentary that I like, even if I’m no longer feeling particularly troubled by anything. Well, there is this one certain, scary force-of-nature by the name of Trump that I find a bit alarming, but that’s for another post. Or maybe another story…