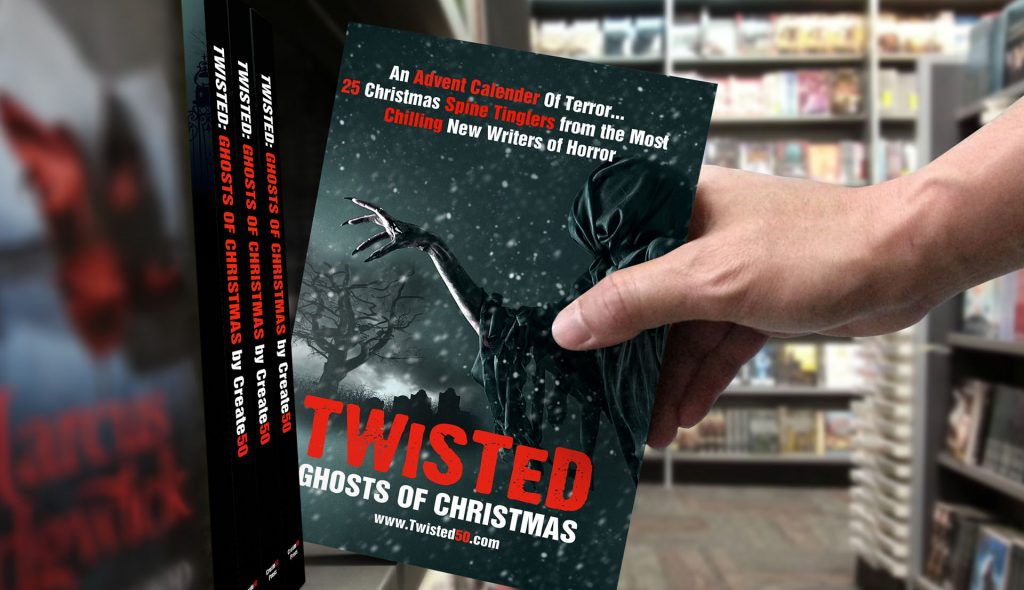 Judging by the title of this piece, you would be forgiven if you thought I was referring to this Judge Dredd.

Anyone who has seen the movies (2012 being my preference because I love the concept of a contained dystopian story inside a tower block, and a psycho female drug baron as the antagonist) will know that Dredd is the law, and it’s his way or… die.

How does this relate to judging stories for the Twisted Ghosts of Christmas and Santa’s Bedtime Book of Adventure Stories anthologies? Were the team dreadful to work with because they were all using Slo-Mo in order to cope with reading hundreds of submissions super fast? Were the editor and producer laying down the law like Dredd would?

Not at all. I know a few of you were probably hoping for some nightmarish revelations, but no. None of us were on Slo-Mo, and Elinor and Savannah were absolutely amazing.

The reason for the ‘Judge Dread’ title to this piece is because I truly dreaded having to choose between stories I loved. There was no way I could contact everyone and give feedback either. I wanted to say, ‘Hey, I really liked what you did, and this is the reason it didn’t make the book, but don’t worry, there will be other opportunities and…’ There are not enough hours in the day, and I actually didn’t know the majority who entered. Most were brand new writers to me.

Some writers like to enter more than one story to give themselves a better shot at gaining a spot in the book. We could only choose one story per writer, so when faced with two stories that were equally great, the judges had to choose between them, and we didn’t always pick the same ones.

I was absolutely over the moon when it was announced that bonus stories would be included in the Twisted Ghosts of Christmas anthology and Santa’s Bedtime Book of Adventure Stories (online). It meant those who entered more than one story could end up with two stories selected!

The judging process was made easier by Mark’s (a fellow judge) idea of having an extra column on the spreadsheet for comments, so we could ‘go to bat’ for our favourite stories. Judges had to enter stories under fake names. I’d liked Lawrence’s entry (another fellow judge) so much that I wrote ‘GOLD STAR’ next to it. He must have laughed seeing that. The fake name meant I didn’t know it was his work, but I also didn’t know he had entered and that he was a writer, because this project was the first time I had ‘met’ him.

The only dreadful part about judging a writing competition is struggling to choose between stories you’re passionate about. It really is as hard as people say it is. It was an absolute joy to read everyone’s stories and to work with such a kind and dedicated team. The books are beautiful, and I hope our fundraising helps to keep The London Screenwriters’ Festival afloat. I’m looking forward to seeing you all there soon!

Bio: Emma Pullar is an award-winning and bestselling writer of dark fiction and children’s books. Her debut picture book, Curly from Shirley, was voted best opening lines by NZ Post, and reached number four on the national bestseller list.

Emma has three novels for adults published. Her latest, a crime thriller called Paper Dolls, came out in hardback, audio and was translated into Czech. Emma has won several writing competitions and has ten dark short stories published across seven anthologies. She has also written three original audio stories for Story Palace – home of Horrid Henry and The Roly Mo Show – under the pseudonym E.V. Parker. When Emma isn’t writing, she can be found spending time with her husband and three children or being bossed around by her cheeky cat, Rupert.
www.emmapullar.com