Are you getting enough exorcise? by Nick Yates 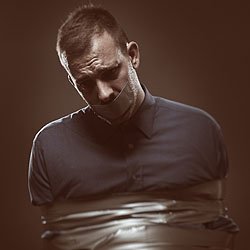 Almost a year ago I was sitting at my desk on just such a day in need of creative inspiration. The proverbial waste paper basket was overflowing with balled up paper and a bruised forehead was all I had to show for it.

I had a bad case of writer’s block.

Then, as if my thoughts were being read somewhere, it popped into my life in the form of an email from a Chris Jones.

Now, many people reading this would have known instantly what the email was about. Chris is clearly a passionate man who sends a lot of emails in pursuit of that passion.

At the time I didn’t.

I had never heard of Chris Jones, neither had I ever heard of Twisted50, or Create50 for that matter.
The title of the email was ‘Writers, what are you doing this weekend? Why not….’ Under a stylised image of a graveyard.

It grabbed my attention so I read on. It was an invitation to write a Twisted tale for an anthology, but it contained a catch; there were just three days to deadline.

At this point I should fill you in on some background. Just five months earlier I had returned from backpacking around South America, deciding during that time that I wanted…no needed, to write a novel. I knew I could probably carve out six months when I got back to devote to the dream before I’d have to turn my mind back to working for a living; so I went for it.

With a month to go I was struggling. I had learned that, despite unlimited amounts of enthusiasm, writing a full-length novel is harder than it might at first appear. One that is any good at least. I was bogged down in a plot that was threatening to swamp me as I tried desperately to tie together all the loose ends. Then Chris’s email arrived and gave me a welcome excuse to put the book down and focus on something else. I had plans that weekend that I wasn’t going to be able to change, but I resolved to find the time to write something, no matter how bad, just to have a go.

What’s ‘Yours Is Mine’ is my first ever stab at a horror story (geddit!), written over a weekend last November, and I’m about to see it published as part of the Twisted50 anthology. Excited doesn’t cut it.

One of the other things that caught my attention in that email from Chris, was this sentence. ‘Exorcise the demon… We all have a dark side and this is your chance to get it out of the shadows and into the light (evil cackling).’

Well I definitely found my dark side that weekend, and I have since developed a love of horror (both film and print) that I didn’t know existed. Writing is a tough business, with plenty of setbacks along the way, and the Create50 community has really helped from a creative perspective. It has motivated me to finally finish my novel, which should be available in all good bookshops soon…

The pathway to mastering the craft is long and strewn with obstacles, but the positivity of the Create50 community makes that journey much easier to cope with. Having my work recognised as good enough to be part of the Twisted50 anthology is an amazing boost and has driven me to write more stories for the upcoming anthologies Twisted50 2 and The Singularity.

Whisper it softly, but I am also writing a screenplay after being inspired by the brilliant work I read as part of the Impact50 project. And yes, you guessed it. It’s a horror movie.

The one thing I haven’t yet done is meet the main man himself, or any of my fellow Twisted writers. Bring on the launch party!