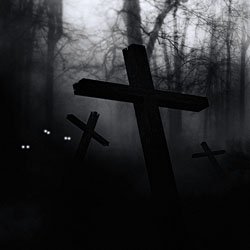 I came to the party (the party being submitting my writing to competitions) later than many. Despite having worked as a writer professionally for over 30 years and having written little stories and poems since I could first manage a pen.

Once at the party, my writing partner and I thought surely the screenplay we were submitting to budget-busting competitions would have judges whipping out their cells, conference-calling A-list Hollywood producers, directors and talent, and screaming ‘You’ve GOT to do this picture!’.

We quickly learned that it is incredibly difficult to get noticed, let alone produced.

We also learned that we had three strikes against us (actually, we have dozens more; but already I feel whiny, so I’ll stop at three):

Strike 1: Ain’t Got No Hand to Hold

The days of studios and agents nurturing newbie talent are long gone. No one has time nor interest in “bringing things along.”

Most studios are looking to produce more of what’s already making money, as was impressed upon us by an industry lawyer who knew very well of which she spoke.

In LA at a women’s film festival (yes, we have had some successes with our script), we learned that diy the way to get your script made these days; soup to nuts: crowd-funding to the shoot to post-production to promotion to premiere. Yeah, we barely had time to churn out the script. DIYing the whole project will not be happening.

It’s obvious where I’m going with this: Create50 offers me, and all writers, an affordable way to be heard and seen, plus the hope that someone will see potential in our writing and provide the guidance needed to help it evolve into something worthy of book or screen.

And then there’s the Create50 community, all of us looking out for each other’s best interest. Utopian. Haven’t seen that anywhere else.

In the past few weeks, issues have been discussed on the forum that show the community is not of one mind on everything. Good for us. Comments I’ve seen come from the heart of concern about what is best for the initiative and the people who have committed time, effort, and creativity to it.

Going forward, I trust that Create50 will mature as it grows. I’m counting on it being around well into my golden (hahahahahahaha) years, keeping my old brain nimble… and twisted.