The light at the end of the tunnel by Mark Walker 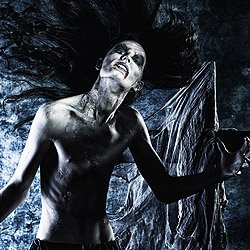 “Where do you get your ideas from?”

The question all writers get asked at some point in their careers, isn’t it?

Well, it’s not a question I have been asked quite yet, but then I haven’t done anything to garner that much interest for someone to ask the question.

But I’m going to answer the question anyway, whether you like it or not.

And, like any writer, I am sure there is no simple answer.

I have notebooks, bits of paper and note-writing apps on my phone for jotting down an idea when it comes to me, but there is no real process that I have for “generating” ideas – they can pop up at any time of day or night! Whether watching the news, reading a magazine, talking to the kids, listening to music or just staring out of the window wondering what to write next, an idea, or the kernel of an idea, can just come out of nowhere.

Often it just a simple “what if” question, or an idea for a scene with no real idea as to what comes before or after it. Very rarely does something come more or less fully formed and, while it is perhaps easier for that to happen with a short story, it is pretty much the way “Tunnel” arrived in my head.

I was hurtling down the M25 towards the Dartford Tunnel. Or, more accurately, sitting in a queue wondering if I had the change for the toll booth – I suspect it has been a long time since anyone “hurtled” anywhere on the M25.

Anyway, it was tunnels that inspired Tunnel.

Holding our breath through tunnels is something I did as a kid, my wife did it, we now do it with our kids and I am sure everyone has played some sort of version of that game or wondered about the monsters that might be lurking in the shadows of a tunnel.

It’s an easy game to play. When you enter a tunnel, you hold your breath and don’t breathe until you come out the other side, otherwise the monster(s) will get you. Much like the Dad in the story, I don’t always play, as holding your breath for too long while driving a car is probably not a good idea from a health and safety perspective, but the kids always play along.

My youngest is hopeless at holding her breath; she never wins, and we have joked that she would be the one who gets taken by the monster. The rest of us don’t worry about winning, we just need to make sure we last longer than her!

And that is where the idea came from. If there really were monsters in the darkness and if you really couldn’t hold your breath… what happens next?

I started writing when we got home after one particular trip and had the story out in a few hours. It took a few reads from myself and the CREATE50 community to get it into the shape that it is in for Twisted Volume 2, but it spilled out rapidly once the idea bloomed in my head. It’s just a shame that not every story tumbles out fully formed, every time. Although, maybe, it would be bit dull if it was THAT easy.

I had three studies (including Tunnel) shortlisted for Volume 2 but Tunnel was my favourite, so I was glad when it was chosen. That isn’t to mean that the that other stories weren’t as good, just that I was closer to Tunnel because it was inspired by my family and something we do together. It is more grounded in the real world than the other two stories, and I think that might be why it was chosen; it’s a bit more “horrific” because of that and because there is no real explanation for what happens. The other stories were more gory and violent, but very clearly in the fantasy realm, Tunnel is a little more ambiguous.

Well, that’s how I feel about it, anyway. What do you think? I hope you will support the fantastic work of Chris and the CREATE 50 community and perhaps grab a copy of the book to find out why I enjoyed writing Tunnel so much. And I hope you enjoy reading it just as much as the 49 other great stories collected in one fantastic volume; there is a fantastic range of ideas, voices and styles.

CREATE 50 and TWISTED 50 have been a fantastic opportunity for me to publish my first piece of work. It doesn’t matter to me that it is a short story or that it is not my own, solo book, what matters is the opportunity and the pride that comes with having something selected for publication. And the validation.

But more importantly, the validation and support of your peers as well.

When I was at school, I once wrote a story about modern gladiatorial battles in a post-apocalyptic future. I enjoyed writing that story as well and, while I am sure it would not have been good enough to publish, my English teacher dismissed it with a hand-written note at the bottom of the final page that simply read “would never happen.” That has stuck with me ever since then and, perhaps, was part of what sub-consciously stopped me from writing until later in life. Either way, TWISTED 50 would have sent him to an early grave.

Tunnel may just be one piece of a larger horror jigsaw, but it would not be in the book without the support and encouragement I received from my fellow writers, whether or not they had a story selected for Volume 2 or not. I am not sure of the plans for CREATE50 or what is coming next, but I would heartily recommend getting involved for anyone, regardless of experience. As someone far more intelligent than I probably once said, it is not the destination, but the journey, and the Twisted Journey I have been on has made me a better and more confident writer. There is still some way to go for me, but this has been a fantastic way to kick things off! The light at the end of the tunnel is brighter and there are fewer monsters in the way!

Perhaps one day, I will be writing and publishing enough to have someone ask me that question professionally. I probably still won’t have a very good answer, but I will be able to look back at CREATE50 and TWISTED 50 as the starting point that made me think, “I might actually be able to do this!”

So thank you to Chris, to the CREAT50 and TWISTED teams and to everyone who read Tunnel (and my other entries) and provided feedback and support along the way.