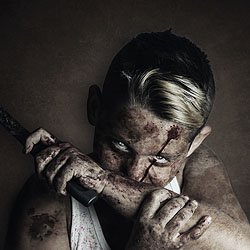 As writers new to the scene, were are forever being told, ‘show don’t tell’, ‘easy on the adverbs’, and ‘write what you know’.

It’s this last nugget of advice that provided the springboard for my Twisted 50 story, True Fear. When it comes to horror, which I had never written before, what I knew about fear came from being a parent. The opening line of my story, “You don’t comprehend true fear until you have your own children,” is a phrase that forever stuck with me. And it stuck because of its piercing truth. Naturally, as humans, we all fear tragedy befalling either us, our parents, our friends, or even a stranger. Ultimately, however, that fear is unmasked as mere disquiet compared to the thought of something happening to our children.

In writing this story, I was writing what I know – what I know all too well: a fear of losing my children. Of course – like most parents – I fear the more ‘mundane’ tragedies striking my kids, such as a car crash, an incurable childhood disease, or even some horrific crime. But when it came to inspiration for my short, fantastical horror story, I didn’t have to look very far.

And in writing about my own personal fears, I suddenly found a new-found respect for horror writers. They write what they know; they write about their inner fears, they expose them, examine them and publish them. Your average science fiction or thriller writer doesn’t put so much of themselves onto the page as your average horror writer does. So hats-off to them; that’s a really scary thing to face up to.

But then again, your average horror writer isn’t surrounded by a community like that of Create 50. In taking part in this competition, feeding-back on others’ work and being given feedback on my own stories, I quickly realised that opening up your soul ready to be opened up in a book, isn’t so scary after all…at least not as scary as some of the stories I read during the process.

I feel extremely proud to have made it into this book and to be sharing shelf space with such a great bunch of writers; albeit a twisted, freaky, and disturbed bunch of writers.

Long may the community continue.