From Twisted to Creepy in 12 months! by Mark Walker 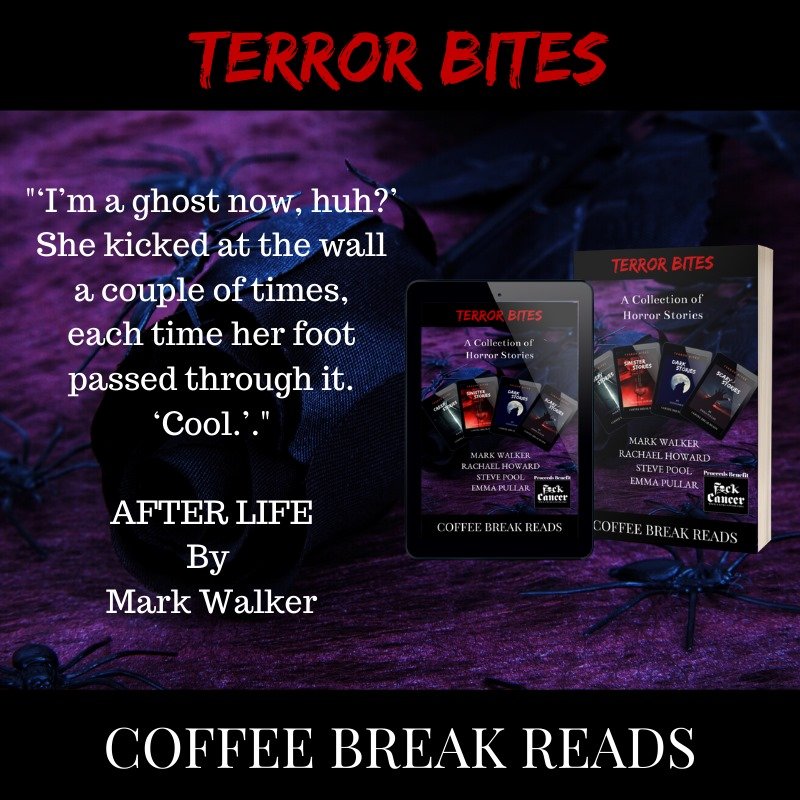 It seems fitting, writing this post, that my FACEBOOK notifications should have spit out a year-old post reminding me that it has been just under 12 months since the TWISTED50 launch party and awards ceremony at the Cinema Museum in London. The reminder was for a change of profile cover picture to the Twisted50 Vol 2 Logo to celebrate winning a place alongside 49 other fantastic writers in that very volume of Twisted Tales produced through the CREATE50 initiative.

CREATE50 is scheme that allows writers, filmmakers and other creatives to develop projects, share in the creative process, give feedback and support each other to produce content. Obviously there had been a TWISTED 50 Volume 1 but there is also a 50 Kisses film and The Impact 50 project which is collecting 50 short films to depict the end of the world. You can find out more about the initiative and these projects on the CREATE50 website.

CREATE50 is currently closed while they work on delivering the IMPACT50, but it is an amazing initiative that promotes creativity and community. It is headed up by Chris Jones, Creative Director at London Screenwriters Festival and driving force behind CREATE50 and the TALENT CAMPUS writer’s intensive that I have also been involved in quite extensively over the last 12 months. (Check them all out if you need a kick up the backside and an injection of creative rocket-fuel!)

The CREATE initiative certainly pushed me into putting my money where my mouth is and getting something written. I submitted 3 short stories to TWISTED50 Vol. 2 (up to 2,000 words maximum) and my personal favourite, Tunnel, was chosen to be included. Now, I am sure some (Mum) might say that getting a story published in an anthology is “fine” but its not like you are J.K. Rowling now, is it? Well, no, I am not, but what this writing community did was help me develop the way I write, the quality of my writing and gave me a massive boost when I was faltering slightly. I do not care what “level” anyone might think this achievement is – for me it was an amazing feeling, to be given reassurance, legitimacy and a feeling that I now belonged in this world!

But where do you go next, I hear you ask?

Well, in the immediate aftermath of being selected to be featured in the book, I journeyed to London to the Launch event at the Cinema Museum, a fantastic affair with Zombies, Witches and Ghosts… and that was just getting in! Alongside the chance to buy books, watch the awards and learn more about other CREATE50 initiatives, I got the chance to meet some of the other authors in the book. One of those authors was Emma Pullar, someone who I had “met” online through Facebook and CREATE50. Emma really encouraged me to submit a story and gave great feedback on my tales of terror. Emma is an accomplished author and champion for writers, with 3 fantastic novels under her belt; highly recommended if you like Dystopian stories and a bit of crime/murder! I also met Steve Pool, American Ambassador for CREATE 50, fellow horror writer and comics and fantasy writer. (Check out Steve’s webpage and his wonderful creation, ‘Taurs’!)

Shortly after the launch party, Emma contacted me to tell me of a new project she was developing to help launch her own Invitation Only Publisher, Owl Light Media. COFFEE BREAK READS was planned to be a Kindle-hosted series of short, sharp horror tales that people could download quickly and read, you guessed it, on their coffee break!  Four authors would submit a selection of 5 stories each under the categories of CREEPY STORIES, SINISTER STORIES, DARK STORIES and SCARY STORIES.

I can’t begin to tell you how chuffed (technical writer term) I was to have been asked by Emma to be a part of this project. It was also exciting to find out that Steve was also going to be contributing some DARK STORIES alongside Emma’s SCARY STORIES and my CREEPY ones…

…but what about the SINISTER ones?

To be honest, it just kept getting better.

Emma had also asked Lake-District-based author and fellow TWISTED Alumni, Rachael Howard to come on board and, like Steve and myself, she was up to the challenge. I have yet to meet Rachael in person, but have been a FACEBOOK friend for a while, and she was definitely the perfect choice! 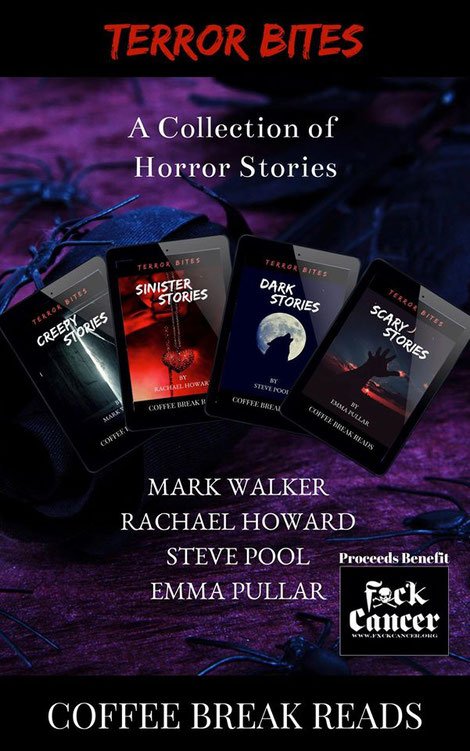 Actually, it wasn’t too much of a challenge from a writing perspective. Much like the CREATE50 process, having a group of like-minded writers around you (virtually) to encourage and support you throughout the process is a massive bonus; it keeps you going, gives you focus and reassurance knowing support is there when you need it. They say writing is a lonely process and, technically, it largely is when you are in the physical action of putting pen to paper or finger to keyboard. However, having a community around you, whether that is 3 other writers or another 49, really does make it a little easier and ensures you are much less likely to falter if things get tough. It is because of this that changes to the end product were taken in everyone’s stride as the series of releases turned into a single volume of 20 stories under the banner of TERROR BITES!

Maybe not everything was taken in our stride, however. Nailing the format, setting everything up on Amazon so it looked right on Kindle and ensuring the paperback was formatted correctly was more of a challenge but, lucky for the 3 of us, Emma took on that challenge and did an incredible job. I am not going to go into the details of self-publishing, as I think that is a post for another day and maybe for Emma, but I don’t think it is the “easy route” that some people think it might be. It is certainly a great opportunity to get your work out there, but it definitely needs time and care to get it right.

But, by crikey, it was worth it. From being asked early in 2019, to be being on the cusp of the paperback being published, it has been a fantastic year. As a small group, I think we have all developed as writers, supporting each other with encouragement and feedback and having a good laugh along the way. As I may have mentioned a couple of times, working in a supportive environment with fellow writers can only lead to good things, so don’t ever feel you have to go it alone all the time. Sometimes you need to get away from it all and get your head down but, at other times, the community will lift your spirits and carry you over the finish line while making you friends for life. Facebook and Twitter can both be a cesspool of vitriol and bigotry but, if you use them carefully, they are a great way to build a comfort blanket of like-minded people who will keep you going through the dark nights of creativity!

The creative side of TERROR BITES is now largely over, which is sad in a way, but we do now have a book “out there”; we have created! At time of writing TERROR BITES is available on Kindle and, hopefully, at the time of publishing this post, it will be available in paperback. If you like horror, it would be great for you to support us by buying a copy for yourself or as a Christmas present – and don’t forget to leave reviews!

However, it is not just us you are supporting…

Sales of TERROR BITES will also benefit FXCK CANCER, a charity that aims to fight cancer through raising awareness and education about prevention and early cancer diagnosis; it is something that was close to heart for the team. Everyone knows someone who has been affected by this cruel disease and, during the process of putting the book together, Kim Wheeler, a fellow writer known to many in the CREATE50 and TALENT CAMPUS community, was taken by this terrible disease. TERROR BITES is dedicated to Kim and everyone we have lost.

I am immensely proud of what we have achieved together with this volume of terror and so grateful to Emma for asking me to be a part of something special with 3 other great writers.

Of course, it is not really the end… I hope it is the beginning and I hope we will get to work together on more projects in the future, further supporting each other on our creative journeys.