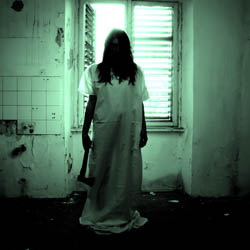 The ‘Five Days’ story in Twisted 50 superbly read by the inestimable Fenella Fudge really got me thinking. If you haven’t had a chance to listen to it (or read it), it is about a woman in her late 40s, who is concerned about how she looks, the increasing wrinkles, the eye bags and the general sagging that happens when gravity takes its toll … I know the feeling all too well … and who buys a miracle remedy.

However, why it particularly exercised my brain is not to do with vanity or ageing … it’s to do with how a voice and a face sometimes don’t match … and what voice actors can do to negate those comparisons.

I know that all of the narrator’s photos are on the Twisted 50 site … but I wonder, were any of you surprised by the voice having first seen the face – or surprised by the face, having first listened to the read. We’re all voice actors … hopefully we all have the ability to change our voices to fit what we are reading … and not just in terms of accent, but in terms of pitch, timbre, pace and tone.

Trawling around personal websites and the profiles of voice actors and audiobook narrators, you may be surprised by how many of us use an avatar or a logo as our online identity rather than a photograph. (and between you, me and the gatepost, you’d be surprised to find how many of us use very old photographs). This really isn’t about vanity though. I think it’s because however hard you try not to be influenced by the way a person looks, it is almost impossible not to be – and the age you appear to be will have an effect on the way your voice is evaluated, especially when it comes to casting. A very young narrator may have a mature voice that sounds a lot older than appearances indicate; older voice actors, well into their sixties or seventies may still have comparatively light voices – and if they also have the breath control and flexibility, will have the ability to sound like a twenty-year-old.  But if their age is known … will they be considered for a voice role outside their natural age bracket.

A voice actor may have the voice that any ingénue would be proud of, but if their image indicates that they’re over forty (or indeed, even older) then if an audiobook producer or casting director is looking for a narrator to read a book requiring a youthful voice, then sadly they’re unlikely to get a look in.

The one person I know who is consistently cast in VO and audiobooks only because of her voice without any judgement of looks or age, is the superb Miriam Margolyes who at 75 still has the most phenomenal vocal range, breath control and, when required, youthful voice.

Meanwhile, the rest of us hide behind touched up ancient photos, avatars and logos!

Does the same age discrimination apply to writers I wonder?