The Little Story That Could by N.W. Twyford 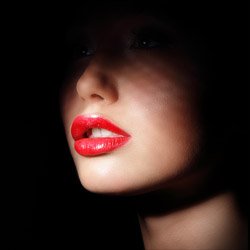 I’ve always loved writing short stories. To me, a good short story is like a good joke – you build it up, set the scene, and then you reveal, you subvert, you twist. A good short story shouldn’t just end. The only problem with a short story is what to do with one when it’s done. Sure, you can send it to your friends, show them how clever you are, blog it, whatever. It doesn’t really go anywhere.

I genuinely don’t remember where I first heard about Twisted 50 from. I must have been on a mailing list. It doesn’t really matter. What did matter was that it promised (if you were lucky enough) to do something with the story. All you had to do was write the thing.

Coupled with it was the nicest writing community you could possibly meet. The feedback my story received was incredibly encouraging, and really helped me believe what I had written stood a chance of making the final 50, or an entry to Little Sister. The comments were so well thought out that the thought of the “mandatory” feedback I had to give on the other stories was a pleasure rather than a chore. You wanted everyone to succeed.

My entry (Sodor & Gomorrah) has been lurking in the back of my mind for a while in some form or other, and fortunately for me it grew as I wrote it until it became something I was pleased to enter into the competition. It (obviously) homages Thomas the Tank Engine, and I think a lot of good horror takes things we find safe or comfortable and subverts them. I was a Thomas nut as a 5 year old, but I was rather surprised as an adult to find when researching this subject for the competition that there was already a degree of horror lurking under the stories – things you wouldn’t notice as a kid; from a misbehaving engine about to bricked up behind a wall forever, to the scrapyard that decommissions defunct trains with a faceless train in the background, vaguely remiss of a surgeon’s operating table, locked in an expressionless scream. It’s all there. Google it.

At the end of the day, my tale didn’t draw too much on this stuff – my desire not to be sued by the Awdry Estate not as much a factor as wanting to draw on my own childhood experiences in the woods near my home – but it all helps. Sometimes it’s the things that are left out that say as much as those that are included, or at least that’s what they say about jazz music. Apparently. There’s a chance I’m making this up.

This is my first published work. I’ve been toiling away on a few bits for what feels like a long time now, including a fantasy series that I’ve invested a lot of myself in. Trying to get a novel published is a demanding and draining process, but the experience I’ve had with Twisted 50 – as well as the ego boost – have inspired me to keep going with the other stories, because if this – relatively modest – success feels this good, then I can only imagine what getting more stuff out there would feel like.

I can’t wait to hold the print copy in my hand. Not just to see my work in print, but to get a chance to read the other 49 tales. Because if they’re anywhere near as good as the stories I was able to feed back on, then I’m in for a hell of a read.

Might just leave the lights on when I read them, though…