Once Upon A Bridge… by Nick Jackson 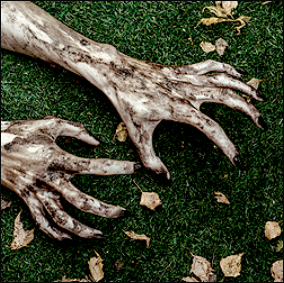 My story is about a bridge. I love bridges, always been fascinated by them, so when Twisted 2 threw out the call for stories I knew mine had to feature a bridge. It also features a brave protagonist venturing out alone onto said bridge, and a nasty creature waiting to pounce… and if any of this sounds familiar that’s because there is more than a corpse buried in the foundations of my architectural marvel – there’s one of the world’s most beloved fairy tales in there too.

I’ll come back to that in a mo.

When I wrote Crossing Over I didn’t set out to do a modern spin on a Norwegian classic (but when I wrote Devil in the Devil, which appears in Twisted’s Evil Little Sister, I hadn’t planned on updating Faust then either) it just happened. We’re drawn to fairy tales, to these stories that have been retold and reinterpreted for centuries, and whilst some very clever people have written extensively about why this is so, my own hastily knocked-up theory is quite simply they were the first stories we were told, back when we believed everything we were told, and they distilled in us a sense of right and wrong. They mattered.

And not only do they still matter, they’re never far away. Didn’t Guillermo del Toro’s Pan’s Labyrinth strike a similar pose to the Little Match Girl? And wasn’t Terry Pratchett’s The Amazing Maurice and his Educated Rodents playing a familiar tune like the Pied Piper? It’s no accident that these stories keep coming back, even when we may not always recognise them. Like fancy dress, the disguise is half of the fun.

The solution, when it hit me, was so obvious that frankly I deserved a slap. What’s the one reason we cross a bridge? If you’re stuck, try “why did the chicken cross the road?” – it’s always to get to the other side. So what is on the other side of my bridge that’s worth the crossing, and why does this seem familiar, and how come I’m thinking of a nice green meadow with lots of grass, enough for, say, three billy goats to eat…?

In my updated world, the meadow becomes peer acceptance and popularity, because it’s probably more important than food to kids nowadays; the troll becomes the ghost of a wronged woman; and calling my heroine Billie Ford becomes a no-brainer. As much as I love bridges, I’m quite partial to fairy tales too.

And the happy ending…? Well, it is Twisted 50, after all…