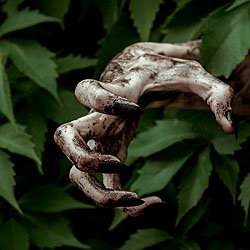 Following his awesome press release, Nick managed to be the first of our authors to get into a newspaper (pic below)!

Stamford author Nick Yates has hit the Halloween horror heights after his short story won an international competition to be part of a best-selling anthology.

The anthology, called Twisted, is the brainchild of Oscar-nominated filmmaker Chris Jones, who has published it via his media platform Create50.

Nick, 38, from Kings Cliffe, said: “It is mind-blowing to be included in such a prestigious publication. Many of the contributors are professional screenwriters working in film and television, so to be recognised alongside them is incredible.”

The competition which lasted for over a year was open to writers from all around the world and the final 50 stories were chosen from more than 500 entries.

Nick’s story, entitled What’s Yours Is Mine, tells the tale of a psychotic wife who hatches a plan to kill off her wealthy husband’s two children from his first marriage, after he is diagnosed with dementia.

Nick was inspired to write the story after he received a random email about the competition, asking aspiring horror writers to enter.

He said: “I was taken with the enthusiasm Chris and his team had for the horror genre. At the time I was focused on writing a novel, but I decided to take up their challenge and delve into my horror locker to see what I could find. It turns out I’m quite twisted!”

Chris, who wrote and directed multi-award winning Oscar-nominated film Gone Fishing in 2008, said: “The Twisted anthology is a mix of modern macabre that, in places, is darker than most things I have read. I have already sent a copy to Stephen King!”

Create50 platforms the work of emerging screenwriters, filmmakers, short story writers and allied artists. Membership is open to anyone interested in filmmaking or creative writing.

To learn more about the Twisted anthology, meet the contributing authors or to buy the book go to www.twisted50.com 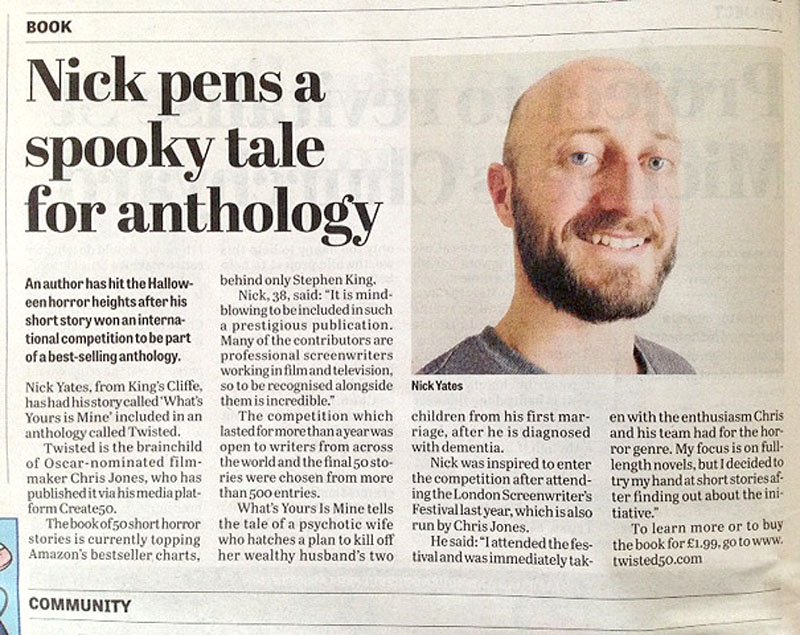