How can someone unspookable write a horror tale? by Drew Williamson 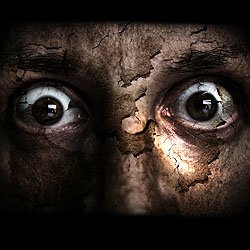 I seem to have a predilection for the fantastic that goes back as far as I can remember, which, I believe, stems from my early television viewing habits in the late 60s and early 70s. The shows that drew me in and set my imagination running were Mr Benn, Timeslip, and Marine Boy, which were clearly science fiction, and Scooby Do, Where Are You! (no, I don’t get the exclamation mark either).

Scooby Do approached things from a completely different angle to normal kids’ shows. The message was that while Mystery Inc. investigated horrific events, the only extant monsters were very human. That lesson, along with my non-belief in the supernatural, and my laid back nature about copious quantities of blood, possibly ruined the impact on me of most horror films ever made.

Like most teenagers, I spent a small fortune on horror films at the video store (yep, I was one of those that bet on Betamax). But gorefests just didn’t do it for me; I was drawn more to psychologically demanding movies. Scenes that stick with me are the man-fly in the spider web calling “Help me” in The Fly (1958), any moment that the ‘baby’ is on screen in Eraserhead (1977), and (the only time I’ve paused a DVD and taken a breather) when one of the cavers gets stuck in a narrow passage in The Descent (1995).

So how can anyone who doesn’t spook easily write a twisted short story?

After sitting at a blank piece of paper for an inordinate amount of time (and having only found out about the TWISTED 50 project hours before the deadline), a memory of an episode from The X-Files sprang forth. ‘Ice’, I seem to remember, had wriggly things crawling underneath people’s epidermises, and I could imagine that I wouldn’t be best pleased if it happened to me.

Then, I needed a nice, comfortable setting where that sort of thing just doesn’t happen. So, unlike the X-Files episode, which was set in an Arctic base (hadn’t Mulder and Scully watched The Thing for Pete’s sake?), I thought the bedsit of some unsuspecting victim would be cosy enough.

Then all I had to do was write something for a genre I’d never previously attempted.

What was brilliant about the CREATE 50 experience is the support. Everyone is critiquing everybody else, offering sound advice and encouragement. And my lessoned learned is to get in there early to give myself more time to edit.

So, no excuses – get on the CREATE 50 website and have a go at the next project.