Facing Those Demons. How Create50 Inspires Creativity by Alison Clapham 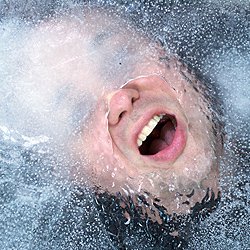 I don’t do horror. Can’t say I’m big on short stories either. So, at first glance, the Twisted50 concept was not high on my to-do list. I let the deadline for the first volume sail merrily by. I was delighted for writing friends who’d taken part, and were published, in this highly successful book. Yet when the call came for stories for a second volume, I didn’t pay much attention as I still didn’t feel it was really my thing.

Now I love the overall Create50 concept, with its fabulous peer-review structure – and had written several scripts for the Impact50 film initiative, but I just didn’t think the horror genre was something I could contribute to.

But then – what changed? I guess it was The Last Temptation from Chris (Jones) that did it. Another email trying to chivvy a few more writers into getting involved. It got me thinking. I needed to face those demons. Quite literally. Could I? Could I really write a horror story? It wasn’t as if I had to write a novel. Just a short tale. Something to make the skin crawl. But not too bloody. Blood and I don’t get on. I can tell you now that I won’t be writing a medical drama any time soon. Until project Clinical50 is launched, naturally!

I’m not convinced about vampires either, for that matter. Mitchell in ‘Being Human’ aside, which goes without saying. No, my aversion to vampires stems back to childhood: my parents went out one evening, just for a couple of hours, and my sister and I thought it would be fun to watch ‘Salem’s Lot’, starring David Soul. Spoiler alert! The grey wizened creature with its piercing yellow eyes, that sprung up from beneath the screen, made me recoil in horror then, and makes me shudder even now!

So, what to write about? I was clearly narrowing it down! Having trained as a biologist, my go-to source for inspiration is the natural world. Because, of course, mother nature isn’t exactly maternal at times, the stuff of nightmares being commonplace. Though often these vicious, sadistic beasties are small, and their victims are tiny too.

My problem was, I needed something that would make a grown human squirm.

At which point I recalled tales of an Amazonian fish that was reputed to be attracted to human urine, and swim where no self-respecting fish should ever swim.  No one would ever have thought to look for Nemo there! All pretty horrific for the unsuspecting victim. And a considerably bigger deterrent than the mythical purple dye in swimming pools.

So, I started to research. But I was rapidly disappointed to learn that the fishy tales appeared to be apocryphal. There was no strong evidence. Now this shouldn’t really matter – after all this wasn’t meant to be a scientific treatise on the creature! The parasite in my tale was always going to be an extrapolation into something monstrous and extreme. But who wants to be told that an amazing truth they’d believed for years is fake?

And of course, if the concept wasn’t real, any bogeyman I created out of it might have felt like someone else’s monster. But whilst pondering this – my attention turned to another creature of nightmares, also frequently associated with water. The leech.

Of course! A leech. That sinister combination of wriggling propulsion with no face. Like a heap of maggots. Did I mention they’re another hang-up? They could only be worse in my book if they had the heads of clowns… I digress!

But what sort of leech? Well it couldn’t be small, that was for sure. Sucking a pinprick of blood? Not scary.

It had to be big. Huge. Gargantuan. The most colossal, ass-kicking leech ever. With attitude.

I felt uncomfortable. What could be more frightening than a ghoulish bloodsucker with thoughts of its own? A character I could really get my teeth into. Whilst the new creation got its mouth around its hapless victim. Fantastic! This idea certainly had legs. Unlike the leech. Well, not its own, in any case.

My story, ‘Pleased to meet you’, was born!

And this is where I believe Create50 – in this case Twisted50 volume 2 – works so well. You’re encouraged to clamber out of your comfort zone, and create something. Anything. Providing you get fingers to keyboard, pencil to paper, marker pen to wall – whatever it takes – to get those ideas down. Then you share your work with others who want to help you succeed.

There’s no better antidote to writer’s block, or to telling yourself you can’t do something.

Because with Create50 there are no excuses. Everyone’s in the same boat. And everyone has an oar. We can all help each other to move forwards. Together.
Alison Clapham.