Corporate Tragedy in a Foreign Language by Leo X. Robertson 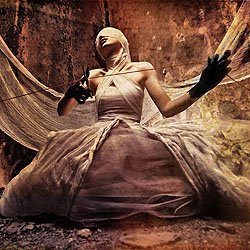 I wrote a story about things I didn’t know I wanted to say.

To me, it’s about the absurdism of the corporate adult world, how graduates are coerced into designing their lives in ways that are pleasing to companies, perhaps unknowingly sacrificing experiences that would bring them unique joy instead of trying to look good on paper, two pursuits almost exclusively at odds with one another. In “The Audition Altar”—my best alliterative copy of “The Casting Couch”, not that I’d know what that is!—university qualifications and work experience become fetishised, revealing how banal and unsexy they actually are.

An aside: I think Snapchat and Instagram, two things I don’t understand, are the equally horrific opposite of that, making people think that everything they do has to be entertaining, pretty and fun. Life is about half-sexy, half-dull—pretending it’s all sexy or all dull, or trying to make it so, is dangerous.

It’s that expression I claim to dislike: work to live, don’t live to work. Again, the truth is somewhere in the middle, but in certain circles, you have to fight to live. Plus, companies now don’t just want engineers: they want all-singing, all-dancing, always smiling, team-playing… you get my point. I’m exhausted just typing it. They’re not as impressed that you held down a long-distance relationship, got married at twenty two, then not three weeks later your mum passed away and you began to teach yourself how to write fiction—all of this, by the way, is way harder than an engineering degree or a work placement. That some of it happened in Spanish, though? Pretty damn applicable to the workplace!

That’s the absurdity of the disconnect between what you achieve in life and what actually gets rewarded. There’s enough there for me to write about indefinitely, because if I thought this was bad as a masters student, oh boy! Wait until the adult world!

I wouldn’t say I enjoy making people feel uncomfortable, but I do think it’s the most important function of written stories. Conversations with me typically evoke above-average instances of nervous laughter. Most of my stories involve the same—at least I hope they do. People don’t like to be uncomfortable, but if they did, why would I set myself to this task? I don’t think it’s enviable. In fact, I thought the result of my writing experiment for Twisted50 was so sordid and odd that it had no hope of being understood, let alone enjoyed, encouraged by a wonderful community, or included in the final book.

Twisted50 offers an exciting opportunity for anyone at any stage in their career. If you don’t end up having a story included in the collection, you still spend time with a solid writing group and network with cool, welcoming and encouraging people who were thankful you spent time writing fiction.

People like that are not easy to come by. I wrote a story about it.

Leo X. Robertson is a Scottish process engineer and emerging writer, currently living in Oslo, Norway. He has stories published by Fiction on the Web, Creepy Campfire Quarterly and Schlock! He also has a horror novella, “Bonespin Slipspace”, published by Psychedelic Horror Press. Find him on Goodreads or follow him on Twitter: @Leoxwrite.
Read my bio HERE.