A Letter to the Hesitant Writer by Milethia Thomas 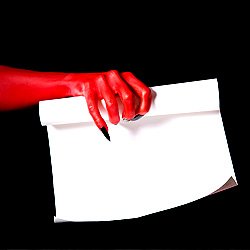 “I want to write a book. Where do you find the time? Where do you get the ideas? You must have a good imagination.”

I said something along the lines of – “You just have to start writing.”

Of course, this is true (and obvious) but if I’d had a little more time, I might have said –

Sorry for not being as helpful as I could have been when you asked about writing.

You mentioned finding time to write.  It can be challenging to write with the demands of life, I can’t lie; and time certainly can’t be reined in.

Really it is about what we do with our time when we’re not working, cooking and looking after children. Like making time for your hobbies or for friends, finding time to write should be given its own space if it’s going to get done. Sometimes I like to go to bed at 10 pm on an evening, but this rarely happens (it’s 11 pm now) because it’s the time that I can write without interruption.

You mentioned imagination. Yes, I believe that I have a good imagination, which hasn’t been quashed by, once again, life’s demands. When I, at 9-years-old, wrote a 10-page story in my exercise book and presented it to my teacher, she told me I had a good imagination. I was chuffed. She was being sincere, although I suspect that steeling herself to weave her way through my meandering, waffling story (it wasn’t the first epic – and I don’t mean impressive – piece of writing I’d undertaken. Poor teacher). As an adult, I still retain that wonderment, that ability to live inside my head, which was so very natural for my 9-year-old self.

A William Faulkner quote says: “A writer needs three things, experience, observation and imagination, any two of which, at times any one of which, can supply the lack of the others.”

If you don’t believe, presently, that you’re imaginative enough, draw on your powers of observation. Observe people and the way they behave. Observe buildings you pass on your way to work. Make some notes. An idea might be sparked. It isn’t just about looking – use other senses. When you walk past that alleyway on the way to work, and the smell of something rotten burns your nostrils, does this then ignite your imagination? Back streets of a Victorian slum, or something evil lurks there?

And then there’s experience, which links to something that is often said, that you should write what you know. For many, this is a good piece of advice, but could also be off-putting for those starting out as writers, who think that, if it is about what they know, well then, they have no chance as a writer because they consider that their experiences don’t amount to much.

“My life hasn’t been interesting,” or “I’m not a 92-year-old WW2 veteran so can’t write about a character like that.”

Writing about ‘what you know’ could also refer to feelings and emotions that we can draw on, which helps bring writing to life and makes it feel real.

I’ve written about death over the years, yet it wasn’t until I lost my beloved Gran that I experienced someone dying whom I was very close to. How, then, did I know how it would feel to experience bereavement? I was brought up on farms where I’d become attached to, loved and lost, lambs and calves; I also vividly remember empathising with a 7-year-old friend at school, reaching out to hold his hand as he cried because his grandad had died.  Such experiences aid a writer on the journey to creativity.

And then, of course, there is research for writing that we have no experience of. In one of my short screenplays, the main character is a Sikh soldier in WW1. I had to read around the subject, look at photographs, etc., because it is outside my own experiences; but other elements – friendship and loss – are things I have experienced, which are central themes in the script.

If you know what you want to write, if you have an idea, you could mind-map or write on post-its. You can outline – some people write complex outlines, some only the ‘bare bones’; or give yourself the freedom to write without planning – which, I confess, is how I like to write, having played out a story’s journey in my head.

Sometimes fear gets in the way of people writing – fear of not being good enough, of being laughed at, of not being understood. No one wants to be ridiculed or to feel foolish, so this is understandable.

That’s when supportive forums like Create50 can help and encourage.

So, to the hesitant writer out there who wants to write but can’t quite get down to it, give yourself 15 minutes somewhere in your busy day and write something down. Don’t be too hard on yourself. Don’t be too critical.

The piece of writing you start will be something that you didn’t have before, and you never know where your writing journey might take you.

And if you finish something, in the first draft state, you can submit to Create50 for feedback, which is a huge bonus! Look at Create50.com for current initiatives, inspiration and support – it’s an excellent place to start.

Yours humbly (not professing to be an expert; only a writer getting on with writing)